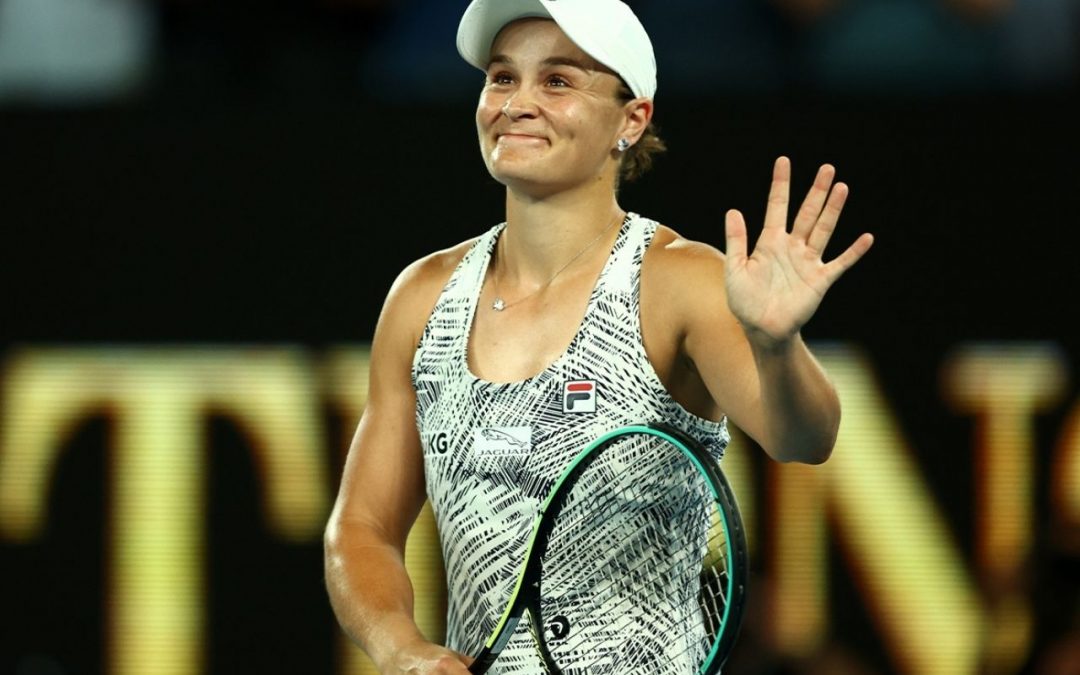 World No.1 Ash Barty has become the first Australian to win an Australian Open Women’s Singles Title in 44 years!

The world No.1 won in 2 sets – 6-3 7-6(2) – against American Danielle Collins in the championship match at Rod Laver Arena on Saturday 29th of January.

“This is just a dream come true for me,” said an emotional Barty. “I’m so proud.”

Barty is the first Australian to reach this stage in an Australian Open women’s singles draw in 42 years, made a confident start and held in the opening game.

Barty dominated on serve in the opening set, winning 94% of first-serve points and striking five aces. Collins was struggling and made only 38% of returns in play. Barty closed out the opening set in 32 minutes.

Collins made her move early in the second set, breaking Barty’s serve in the second game and having a 2-0 advantage. This was only the second time in the Australian Open that Barty had lost a service game… just incredible!

Barty briefly stemmed the momentum, holing to live in a 62-second game, to get on the board in the second set. But as Collins broke again and raced to a 5-1 lead, it appeared the match was going to head to a deciding set. BUT Barty had other plans – Barty adjusted her play, became a little more aggressive and modified a couple of things tactically. Then Barty reeled off five of the next six games to head to a tiebreak.

The Australian sealed the victory in 87 minutes.

“It was a little bit surreal,” Barty said of that moment. “I didn’t quite know what to do or what to feel.”

This is Barty’s third Grand Slam singles title, following her victories at Roland Garros in 2019 and Wimbledon in 2021.

The world No.1 joins Serena Williams as the only active player to win major titles on three different surfaces.

Barty also becomes the fifth Australian in the Open era to win the Australian Open women’s singles title and the first local contender to hold aloft the Daphne Akhurst Memorial Cup since Chris O’Neil in 1978.

Barty’s idol Evonne Goolagong Cawley was also at Rod Laver Arena, making a surprise appearance to present the trophy. Bary was in awe and looked so happy!

The victory coincides with the tournament’s centenary of women celebrations, with this year marking 100 years since the women’s singles competition was introduced.