Why Eating More May Help You Lose Weight 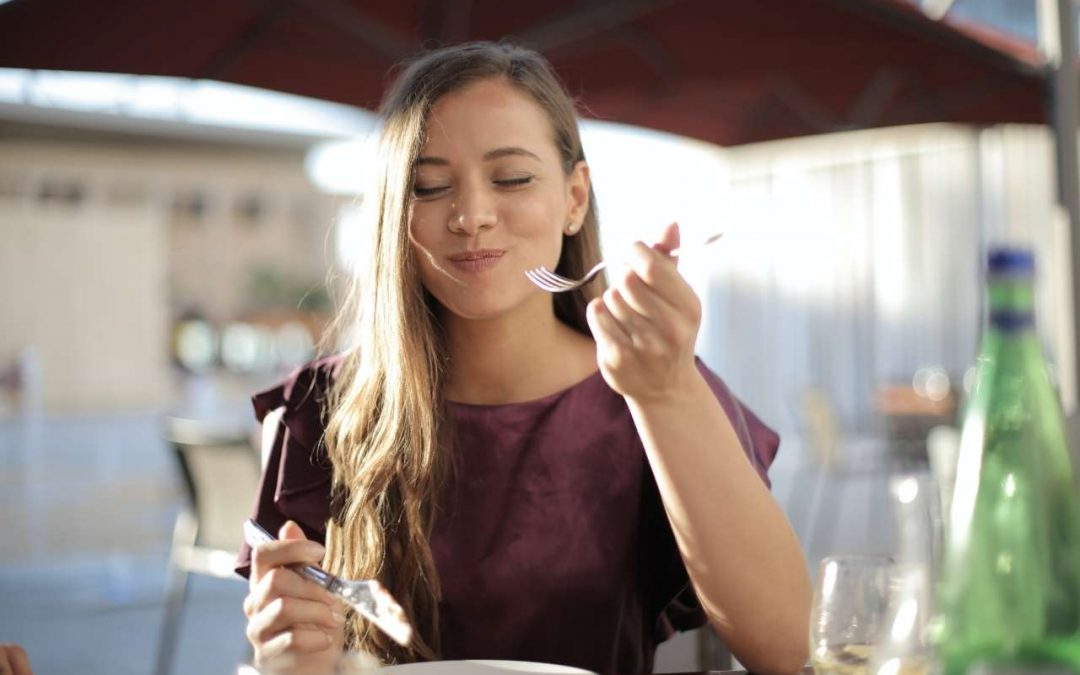 OK – I promise I have not gone crazy. But just before you only read the headline and literally just EAT MORE.. keep reading because while it might seem too good to be true… it’s not.

Rewind back 5 or so years and I had been through just about every training fad that existed, every shred, every challenge, every juice detox.

And at the time I was a manager of Australia’s number 1 group training franchise.

I saw a common trend that was happening to the members, and not only the members but also to myself.

And the so-called ‘explanations’ that I got for this common trend just didn’t sit well for me.

The trend? Losing 5kg, 10kg or more (usually during a challenge or shred) – and then regaining all that weight back and sometimes more.

And the reasoning for this? Well – you just don’t want it bad enough.

Trust me, I wanted it, I wanted it so bad that I restricted my food and trained 10+ times per week for almost 3 years straight.

But even with my dedication – eventually even I couldn’t sustain that.

And that’s about the time that my journey led me further than just the standard PT certifications required by law, and into the realm of science, studies and research.

Now during this journey is where I learnt about the binge / restrict phenomenon that I am going to share with you.. which basically describes what I had experienced and seen 1000s of clients experience during my time as a gym manager.

Now you might think to yourself; MEH – I could restrict no problem..

Well you can. When the craving is small… which is generally the case at the start of a challenge or shred or new diet… especially when motivation is high.

Let me use an example using my favourite choccy biscuits.

I love Tim Tams. Did your mouth just water?

If I were to cut them out completely today, I would be totally fine, but quite soon I would get a Tim Tam craving. But it might be a small 1/10 craving, so I can ignore this craving and continue on with my day.

Which is a tim-tam BINGE… Hands up 🙋🏻‍♀️ who’s been there?

At the end of a Tim Tam packet, absolutely horrified that you just ate one packet in one sitting, and looking for anything else in the cupboard because why not you’re already ruined your diet and you might as well just start again Monday.

What if I were to give you an alternative option?

Well I can tell you what happens because I have coached literally thousands of ladies and have consistently seen the exact same outcome.

When you’re not feeling restricted, when you remove the label from foods (so there’s no good foods or bad foods) , when you include both whole foods AND soul foods in your normal way of eating.. All of a sudden you will feel like a weight has been lifted off your shoulders.

Your relationship with food will improve and you will find yourself in an amazing and unusual position.

Which is – a life of inclusion rather than restriction.

Sure, some people could do with more veggies in their life, but if we took a balanced approach and include both those whole foods and also soul foods. We find that fat loss becomes amazingly easy and you literally can have your cake and eat it too!

Now I know I might have left you with more questions than answers (which is normal and that’s why I have a 5-day Fat Loss Forever challenge where I teach all of this in detail over 5 x 1 hour coaching sessions) but here’s a few takeaways that might help too.

Ash Lane is a Fitness Trainer and Nutritionist who is an evidence-based fat-loss coach is known for her “no-diet diet.” Ash has a successful 12-week program that helps members build realistic healthy habits that will help them lose weight in a sustainable way.